For the last several years, my work is in phenomenological philosophy, philosophy of religion, comparative theory of knowledge and comparative metaphysics. My special focus is on what makes experience religious or spiritual and how such experience affects the self, embodiment, and cognition. I am also interested in normality and medical normativity of self-awareness and medical phenomenology.  My post-graduate studies in descriptive phenomenology  (2004-2013) were with Amedeo and Barbro Giorgi, and in phenomenological philosophy (2006-2014) with Anna-Teresa Tymieniecka. In 2016 I founded the  Society for the Phenomenology of Religious Experience, www.sophere.org

My  interest in phenomenological philosophy grew out of my strong interdisciplinary commitement. I have M.D.(from the St. Petersburg Pediatric University) and Ph.D. in Neurocience (from Pavlov Institute of the Rus. Acad. Sci), and M.S. in Comparative Religion from the School of Contemporary Hesychasm (an underground spiritual academy in  the former USSR). In 1980s-1990s, I was a senior scientist at the Pavlov Institute of the Russian Academy of Sciences, researching upstream markers of automimmune diseases of the nervous system and sleep disorders.  I  combined academic activities with ministry in the Soviet (then) spiritual underground,  and  with professional teaching of spirituality and human development. In 1992, I  was invited as Visiting Professor in Philosophy and Religion Program at at the California Institute of Integral Studies, with a combined appointment as a visiting scholar (1994-present)  at the Graduate Theological Union in Berkeley.  At the same time, I taught at the former Institute of Transpersonal Psychology (1975-2013), where I advanced over time from adjunct Research Professor to full Professor of Psychology and Comparative Religion, Founding Director of Education and Research Specialization and the WorldWide Learning Exchange Program, and Co-Founding Director of the Neurophenomenology Center, first of its kind.  In 2016, with ITP being converted into Sofia University,  I resigned from my positions as Director of Research and Psychology Programs Chair, and accepted the title of Professor Emerita.   Currently, I volunteer as Clinical Professor at UC Davis School of Medicine, Dept of Public Health Sciences, and serve as President of SoPheRe.    I teach classes in foundations of philosophical thinking,  phenomenological philosophy (Husserl, Henry, Merleau-Ponty) and research method, psychology of spiritual life, and comparative religion (Advaita Vedanta, Iranian and Islamic Philosophy, early Christianity, meditation and contemplative practices, at the Jesuit School of Theology in Berkeley, and the Hult International Business School in San Francisco, Bay Area. 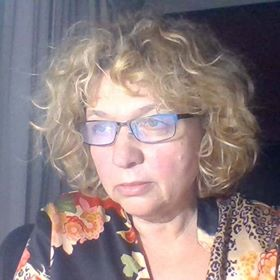